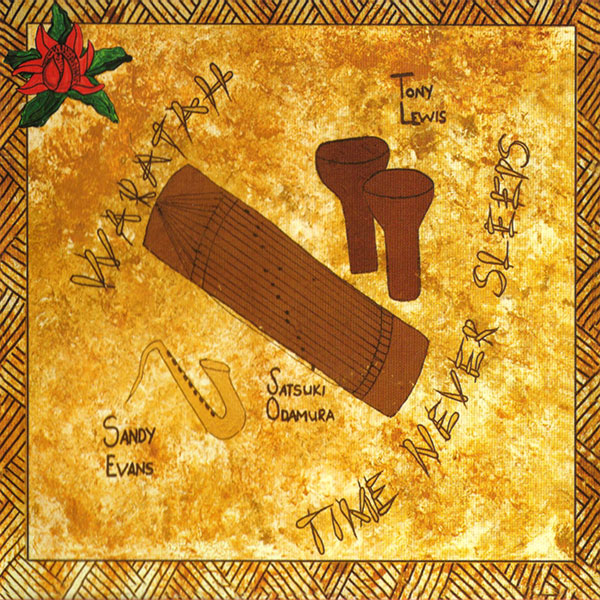 Sound Clip from “Time never sleeps”
Formed in 1999, Waratah first performed together at the Opening Ceremony of the Sydney 2000 Paralympic Games, and have subsequently performed at the Festival of Asian Music and Dance (Sydney Opera House), Woodford Folk Festival, Bellingen Global Carnival, Government House (Sydney), the Songs of the Wind Festival (Blue Mountains, NSW), Asia Fest (Lismore), the Armidale Regional Art Museum, the Brett Whiteley Studio (Sydney), the Sydney Improvised Music Association, and recently as part of the Australia’s Marine Day celebrations at World Expo Japan 2005. Waratah has broadcast for ABC Radio Nationals Music Deli.
Waratah is a name from the creation story of the Tharawal Aboriginal people of New South Wales. WaratahAccording to the Tharawal tradition, the spirit woman Kurrabaree came to Earth from a star, and created the first two people from mud on the banks of the river Bargo. Those first two people were Wirid-Jiribin (the lyrebird, the communicator) and Waratah (the flower, the beautiful one). All the Tharawal people are descendents of Wirid-Jiribin and Waratah. In contemporary Australia, Waratah is the name of a brilliant red flower (Telopea speciossima), which is also the floral emblem of New South Wales
Sandy Evans, Satsuki Odamura and Tony Lewis use the name Waratah in the context of it’s original meaning, with the full consent and approval of the Tharawal community of New South Wales